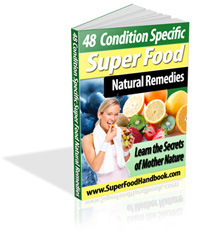 Clear communications will make the grade, ambiguous pronouncements will not. One leadership coach admitted that despite majoring in communications in university, her words alienated her from others and were not delivering the intended message.

Choosing your words and how you say them will have an impact on:

Clear communications will make the grade, ambiguous pronouncements will not.

One leadership coach admitted that despite majoring in communications in university, her words alienated her from others and were not delivering the intended message.ADDITIONAL INCOME — RESIDUAL/PASSIVE INCOME — WORK FROM ANYWHERE
Having the right credentials in change management but lacking the skills to engage others in meaningful dialog carries with it a risk of failure.

Because organizational change is crucial, we’re more concerned with ethics because it is often lacking in the very same people people who are leading others towards change.

When we think of ethics in communications, our primary concern is a sensitivity to cultural diversity.

Much attention has been given to the role that effective communication plays in persuading, convincing, and winning people over.

The media have clued us into what some advertising experts call “power words” or “high impact words.” But little attention is given to the recipients of our communications. PASSIVE AND RESIDUAL INCOME — START NOW — EXTRA INCOME FOR THE HOLIDAYS

The United States is a massive cultural mosaic. It is no longer predominantly white or Anglo Saxon. Today, we see the country as clusters of Black Africans, Hispanics and Asian Americans. Have you ever worked in a company where everyone was white? We doubt it.

When you listen to team leaders speak, do you think they’re aware that their audience is culturally diverse, or do they assume that everyone in the team are wired the same way, raised in the same values and mores of American society?

John and Catherine Kikoski wrote Reflexive Communication in the Culturally Diverse Workplace (Praeger Publishers, 1999) wherein they highlighted the findings of Workforce 2000 about the changing demographic trends of white America.

The Kikoskis said that very few Americans understand these demographic changes. When a Fortune company CEO attended one of their seminars, he said he was grateful for the knowledge the Kikoskis shared because it will guide him in his human resource strategy and will help his company prepare for a multicultural workforce.

What did this Fortune company CEO learn exactly? That managers must consider the law of thirds when it comes to the labor force: 1/3 white male, 1/3 white female and 1/3 minority (African Americans, Hispanics and Asians).

What does this law of thirds tell us? One, it tells us that by taking the law of thirds as an essential component of our implementation strategies, we need to face certain demographic realities.

Two, it tells us that while there is great temptation to stereotype, it has no place in corporate or government life. Three, it tells us that before we speak to a mixed audience, we must think twice – even thrice – about what we say.

And four, it tells us that more than anything, a heightened sensitivity to cultural values takes precedence over the changes we’re planning.EXTRA INCOME FOR THE HOLDAYS

It’s appalling how careless communicating can undermine even the best of intentions.

For example, we have heard speakers blurt out comments like:

“Okay, for those of you whose mother tongue is not English, don’t be shy about raising your hand to indicate that you didn’t understand a word…”

Note: a good speaker must assume that not everyone in the group was born and raised in English so it is up to him to make sure that everyone understands what he’s saying.

“When I was in China on a business trip, I noticed that the Chinese don’t speak up. For the Chinese people present in this meeting, please do open your mouths, okay? I don’t read minds.”

Note: it is true that the Chinese will never criticize or openly express an opinion, but this need not be turned into a mockery.

“In my last change management session, I found some Russian team members rather argumentative. I don’t know if it was the vodka…but I hope I won’t experience the same thing here.”

Note: the speaker was probably trying to be funny and to put everyone at ease, but to actually link Russians with vodka and a tendency to be argumentative reflects a weak sense of ethics.

6 thoughts on “GENERATIONAL MILLINEALS — WORDS: WEAK OR POWERFUL — CLEAR COMMUNICATIONS WILL MAKE THE GRADE — AMBIGOUS PRONOUNCEMENTS WILL NOT”